Caskia I Growing a MarsBoot – (Material/ Design Innovation and Provocation) 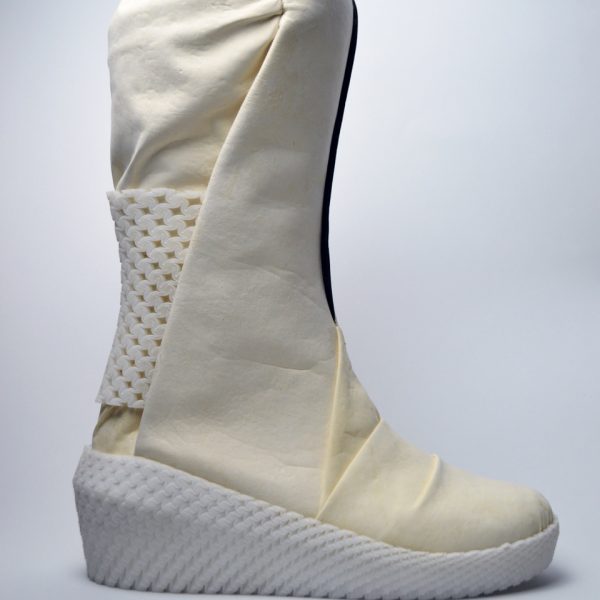 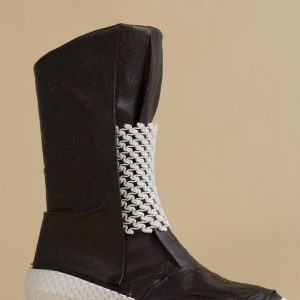 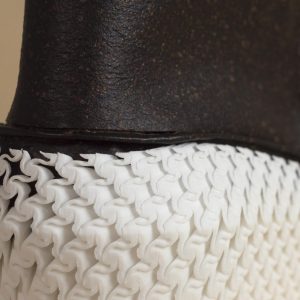 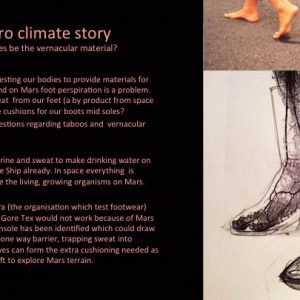 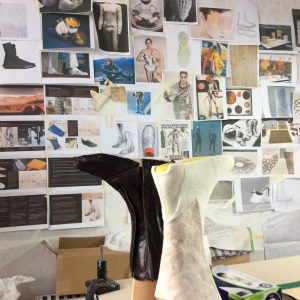 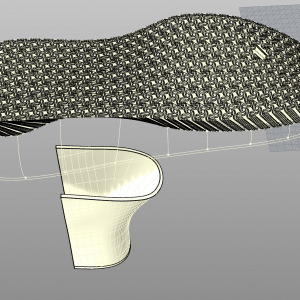 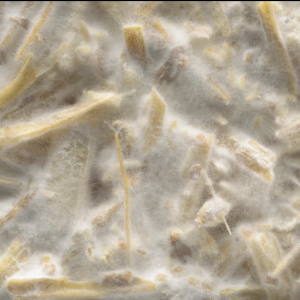 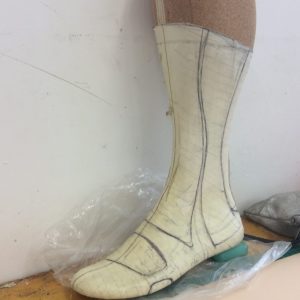 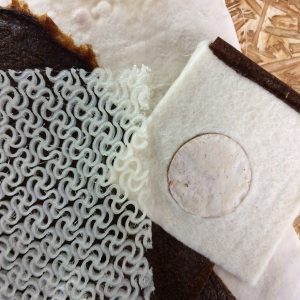 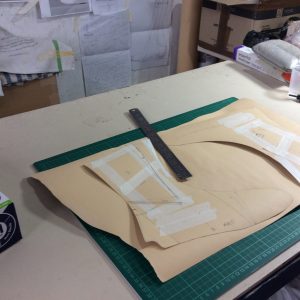 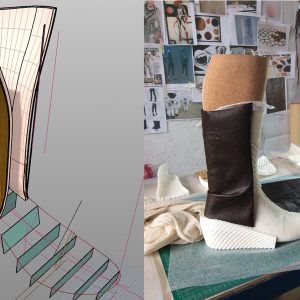 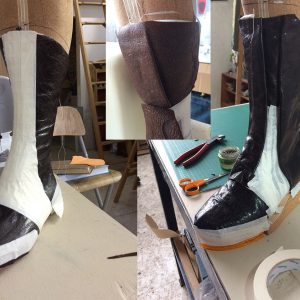 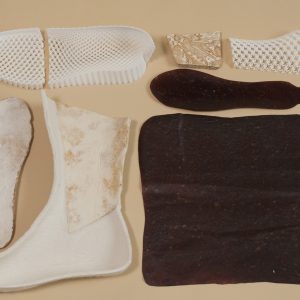 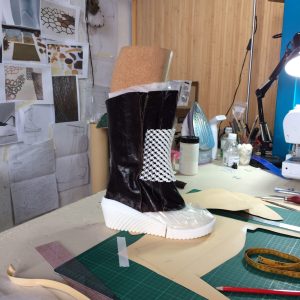 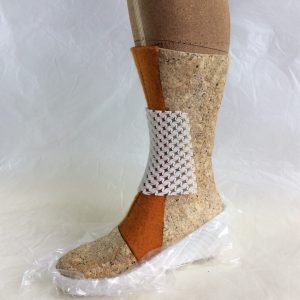 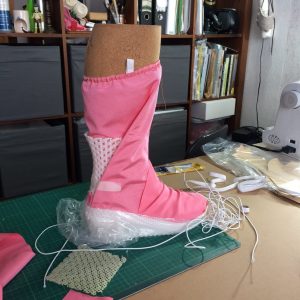 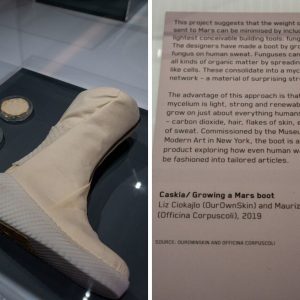 Materials and Design Innovation and Provocation

Caskia: Growing a MarsBoot (2016-20) is an art and design research project positioned in the fashion product sectors. The work focuses on strategies for more sustainable material and fabrication design by proposing systems of manufacture in the enclosed ecosystem, space. In this design narrative material is brought in small and expanded via growth and 3D print processes with the wearers assistance and own sweat to make woman’s boots during the seven-month journey to Mars. Outputs included iterative mycelium variant and 3D print design prototypes and film.

The project was in collaboration with Maurizio Montalti, Officina Corpuscoli with MOGU supplying developed R&D mycelium variants including leather alternatives, and with Manolis Papastavrou work on computational design and stimulating discussions and support with artist/ researcher and co-director OurOwnsKIN Rhian Solomon.

The project was originally commissioned by Paola Antonelli for MoMA’s first fashion exhibition in 73 years Items: Is Fashion Modern? (2017) ‘which explored the present, past—and sometimes the future—of 111 items of clothing and accessories that have had a strong impact on the world in the 20th and 21st centuries—and continue to hold currency today.’ (MoMA , 2017)

Antonelli and the team reached out and commissioned eleven international designers/ design companies specialising in various aspects of fashion design. I was commissioned as the footwear designer with an option of six archetypal footwear design items to design and prototype in a way that captured 21st-century contextual issues and values. I chose Technica’s Moonboot (1972) as it represented the last material innovation age (The Plastics Age) and captured the imagination of our values so well in how we could live. On the edge of a new materials innovation and pressing social/ economic and sustainable issues…Mars was a great context in which to reimagine how we may live.

Research included speaking to space, footwear, material specialist, and inspiring designers including ICL Dover, ESA, SATRA, Gore-Tex, and designers such as Heffin Jones. Videos past and present were watched to understand the cultural impact of space. Exhibitions past and present provided a window into the philosophical origins of technological advancements such as the Russian Cosmism behind the ‘father of rockets’ and the birth of the Space Age.

Numerous books were read on space and speculations on living in space and Mars were read from the more scientific to speculative which informed design concept opportunities. One of the most interesting was a book written in 1893 by Alice Ilgenfritz Jones and Ella Merchant, writers who lived in Cedar Rapids, Iowa. These “two Women of the West” wrote Unveiling a Parallel: A Romance, feminist science fiction, and utopian novel reimagining how women could live in a reversed role of a matriarchal society on Mars. In this narrative one region on Mars had gender equality, Caskia. Such storytelling underpinned the power of the design narrative to dream and advance how we may want to live on Earth.

Working with the material in this experimental way was exciting and helped to understand the challenges and opportunities. Material was precious so many small samples were explored and ‘similar’ materials were used to work through patterns/ construction and design.

The MarsBoot project included prototypes, samples, and a film to explain the concept, was exhibited, published (and press) internationally, and had an online presence. The popularity meant iterative prototypes versions were made to meet demand, each evolving to more durable material constructs and desirable items. Exhibits included…

The project was Commissioned by MoMA and received further support from Ravensbourne Research and The Design Museum London.